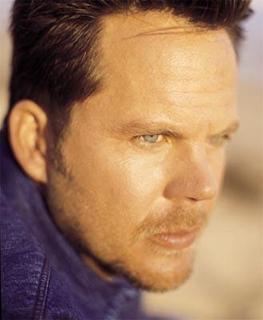 Gary Allan is one of the sexiest singers alive, for one (though the above isn't my favorite photo of him; that's found on the front page of his website). He's also one of country's most expressive singers, blessed with a deep, gorgeous voice that wrings more emotion out of songs than most singers with twice his technical abilities. From his 1999 debut, Smoke Rings in the Dark, he's been pegged by those in the know as one to watch, with his combo of Bakersfield cool and Nashville je ne sais twang (not to mention his occasional rocky tendencies, akin to the rootsiness found in the Blasters and X). It all comes together on his new single, "Best I Ever Had," one of the most heartbreaking records you're apt to hear this year. Opening with the lines "So you sailed away, into a gray-sky morning/Now I'm here to stay, love can be so boring," "Best I Ever Had," a heartbreak/break-up song whose chorus is "It's not so bad/You're only the best I ever had," is a gut-punch of a single anyway. It takes on added resonance, however, once you know that Allan's wife committed suicide last year; how he found it in himself to be able to sing those lines is beyond me. If the rest of his new album Tough All Over can live up to that track, Allan's got a monster, a career-maker on his hands. 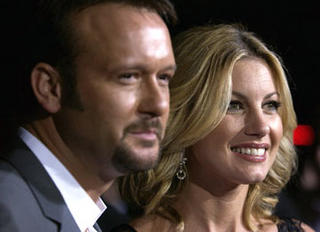 In another country note, Faith Hill's new single, "Like We Never Loved At All," is an okay, pleasingly overblown ballad with contemporary production but a '60s tearjerker feel (complete with burlap-to-her-silk backing vocals from hubby Tim McGraw), nothing to write home about. But its video? Like whoa. It casts Faith and Tim as a blatantly George and Tammy duo in the late '60s/early '70s and shows us the behind-the-scenes emotional brutality (they've already split as a couple) that those watching from the audience don't see (as they're still together as a duo). It's intense, and shows that both Faith and Tim have been working on their acting (as anyone who's seen Friday Night Lights certainly knows about Tim, at least). One of the clips of the year, no doubt. See it here or here.

Comments:
Do you mean they've already split as a couple in real life, or just video?

And that Gary Allen thing... damn.

Just in the vid.