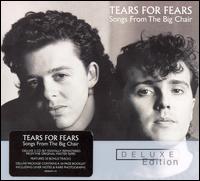 1 The 1987 classic comp. Absolutely immaculate.
2 Gorgeously consistant, great both as wallpaper and as an active listening experience, akin to Sade's best-of.
3 Odds & sods, and possibly better than U.S.A.
4 Remember when they were er, gunning for the title of World's Greatest Rock'n'Roll Band? This is the proof.
5 91 tracks! 30 #1 Hits plus 2nd to None plus a third all-the-other-important-ones equals a true must-have Elvis comp.
6 Includes the demo version of "Nothing Has Been Proved," which they wrote/produced for Dusty Springfield for the film Scandal - still one of the best songs ever touched by the hands of PSB.
7 Maybe more than you need, but still superior to the single-disc comps floating around. Besides, half of Especially for You is not too much
8 WOW. I've loved this album for almost 21 (!) years, now, but never like this. The remastering job is superb, but that's only the start of it. 7 b-sides, including the much-loved-by-me-since-I-learned-'em-on-their-b-sides-comp-years-ago "Pharoahs" (British shipping forecasts!) and "When in Love with a Blind Man", another 7 7" edits (which you actually do need), and a further 5 12" mixes. This is what Deluxe Editions were meant to be. Casual fans will be fine with the remastered single-disc version, but big fans of Big Chair need this more than they know.

Watiti.com
Join me and my circle of friends at http://www.watiti.com,
an online social networking community that connects
people from all over the world.

See you around! Bring all your friends too!