This was probably the first year when I bought more compilations/remastered albums/reissues than new (quote-unquote) music. No apologies; Stephanie Mills' Gold, to pick but one example, brought me more joy than most of 2006's music. I don't think that means I'm getting "old," though I know some will disagree. (I'd argue contempo music-makers need to step they game up.) Some of my faves will be listed on Stylus, tomorrow I think. More will be posted here. 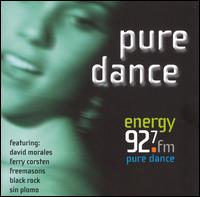 Energy 92.7 Presents Pure Dance
San Francisco’s independent dance FM puts together a charity comp of ’05 and ’06 pop-dance, and it’s an awfully fair – and mostly good – representation of the current state of dance (as opposed to electronic) music. Ferry Corsten’s storming Duran Duran-sampling “Fire” rubs up against Stunt’s great trance-pop “Raindrops” (which segues like a charm into Motorcycle’s lush “As the Rush Comes”), while elsewhere Shape: UK’s “Lola’s Theme” and Eric Prydz’s “Call on Me” make out in the red leather booth in the back corner. There are a few duds here (Filterfunk’s “S.O.S.” must be avoided), but if you like your dance choons big’n’shiny, it doesn’t get much better. 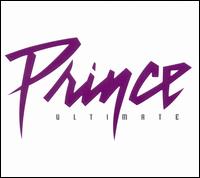 Prince - Ultimate Prince
It’s not perfect by any means. There’s no liners, and its first disc is completely unnecessary: 17 hits you already have on CD. But disc two is 11 of Prince’s extended mixes. On CD. At fucking last. The track selection is odd (and presumably done without Prince’s cooperation) – who was craving the Dance Remix of “Let’s Work”? – and unfortunately, songs on the first disc aren’t duplicated on the second, so you don’t get the epic 10-minute-plus “I Would Die 4 U,” for example. But you do get Sheila E.’s (!) Fresh Dance Mix of “Pop Life” (worth the price of admission on its own) and Shep Pettibone’s re-rub of “Hot Thing,” not to mention long versions of “Kiss” and “U Got the Look.” Plus the 12” Version of his classic b-side “She’s Always In My Hair,” possibly both D’Angelo’s and Andre 3000’s favorite song ever. So yeah, it’s worth it.