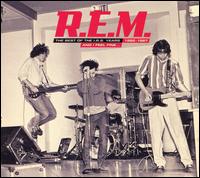 R.E.M.: And I Feel Fine...: The Best of the I.R.S. Years 1982-1987
Completists, rejoice! With the arrival of a superb comp covering R.E.M.'s pre-Warners years, both sides of their career are now covered with great double-disc retrospectives, this and 2003's In Time. (If you care at all about the boys from Athens, and you damned well should, you need the deluxe editions of both.) The first disc of And I Feel Fine... covers the basics, i.e. the I.R.S. singles, in non-chronological order - but for once, that isn't an annoyance; it just provides the opportunity (a la Mellencamp's Words & Music) to glory in how incredibly consistant Berry, Buck, Mills and Stipe were. There's not a dud here. Disc two is live cuts, demos, alternate versions ("Finest Worksong" with the Memphis Horns!), and an album track apiece chosen by one of the four members; they also provide liners for this disc. (Anthony DeCurtis does the honors for the first disc.) It's all remastered, too. This is the stuff American rock'n'roll dreams are made of; this is the best years of the best American band of the time, hands down. 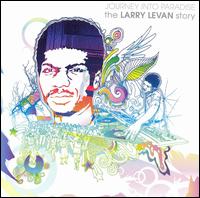 Journey Into Paradise... The Larry Levan Story
One classic after another, sounding better than they ever have, sequenced expertly: short of hearing a live set by the great, late Larry Levan (and Live at the Paradise Garage should be heard), this is the finest representation of his legacy yet. Not only is this 2-disc set uniformly great, it's peppered with 12" mixes (from Phreek's "Weekend" to Lace's "Can't Play Around"), including a couple done by Levan himself. The apex is his rerub of Inner Life's epic, classic-for-all-time, this-song-ain't-yours-no-more-Diana version of "Ain't No Mountain High Enough." Does it help if I tell you that Inner Life's lead vocalist was Jocelyn Brown? Her vocal here isn't what you're likely expecting, though; not only was Brown's voice not quite as deep as it is today, she hadn't gotten into the bad habit of getting shrieky, either, which means her performance here is gloriously clean, but not lacking in power. Journey Into Paradise is lovingly produced (i.e. compiled) by Johnny "D" and Manny Lehman, who know a thing or two about getting gay crowds going, a la the Paradise Garage. There's no excuse for you not to own this. No record in 2006 brought me more pure pleasure.

Also: my full reviews of must-have comps by Chic and Bobby Brown, both in my top 20 albums of '06, along with the above pair. Still to come: a final round-up of other notable 2006 comps.