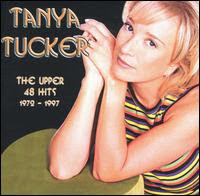 This is brilliant: a true career-spanning collection of great songs, sung superbly. (It's unlikely to happen, but Tucker deserves a place in the Country Music Hall of Fame some day.) Yes, her early work is her most beloved, and justifiably so, but don't sleep on her Lazarus-like career resurrection in the late '80s and early '90s (her only CMA Female Vocalist win came not during her teenaged heyday, but in 1991). Packages like this one and their Rosanne Cash and Rodney Crowell comps show that Australia's Raven Records is filling quite a niche in country music (not unlike Germany's Bear Records was doing with early rock'n'roll in the mid- and late-'80s, actually). (Upper 48 deserves a much more thorough review, but I'm time-limited and wanted to say a little something, at least, about it.) A