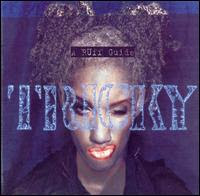 Hi there. Yes, I still listen to current (and sometimes, not-so-) music. Proof (in a kind of very-mini-Consumer Guide format):

-John Anderson, Easy Money: A superb, took-too-damn-long-to-get-here comeback from a man who's been one of country's finest vocalists for over 25 years now. I'm generally no fan of John Rich as a songwriter-for-hire, but his contributions here - and his production, wow! - are excellent. Full review to come for Stylus.

-R. Kelly, Double Up: About half of this is really great, starting but not ending with the "I'm A Flirt" remix. "Real Talk" is kinda-sorta-astounding, a Bobby Womack-esque guitar riff underneath Kels talkin' some serious shit to his soon-to-be-ex. Some of the collabos (Snoop, Nelly) are garbage, but others (Huey (!), Luda/Kid Rock, and especially Keyshia Cole/Polow Da Don's jailhouse opera "Best Friend") are sick. Also, "Sex Planet" isn't as bad as you've heard, though between this and "The Zoo," R. really needs to quit the metaphors-for-sex songs. And the Usher duet "Same Girl" is crazy, in every sense. There's crap here to be sure, but the good stuff is so good... B+

-Tricky, A Ruff Guide (above): From 2002, fairly easy to find everywhere cheap & used, and worth every penny - worth more, actually. While no home should be without Maxinquaye and Pre-Millenium Tension at least, for those not inclined to dig further into Tricky's catalog, this is a perfect summation of his career (is it over?). Even the best selections from his weirdo DJ Muggs collab Juxtapose are here (yay), and the likes of "#1 Da Woman," with Flea and friends, are not (double yay). Pretty well-sequenced, too, and full of one classic after another. A

-Pretenders: This is the double-disc remaster from late last year, and damn! Possibly one of the best debut albums ever, its sound is crisper and clearer than ever, and the accompanying bonus disc is actually insightful: demos of 5 tracks that made it onto the album and two that didn't ("I Can't Control Myself" is a real gem), the Bo Diddley rip/homage "Cuban Slide" (which was on the Extended Play EP and is fuckin' sensational), 5 live tracks including a ferocious rip through "Precious," and more. A

-Tim McGraw, Let It Go: About half of a great album, and half of a what's-he-thinking? The cover of Eddie Rabbitt's "Suspicions" is nearly as good as the original (which is to say, fairly excellent), and the Faith Hill duets are great, but too many of these songs (especially by McGraw's standards) are lyrically lacking - especially considering a song like "If You're Reading This," which he recently performed on the ACM telecast, and which is better than anything here. B-