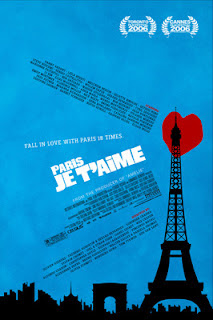 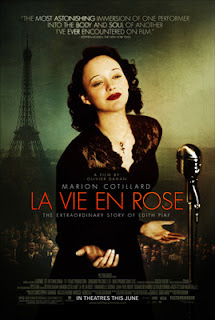 Paris, Je T'aime is a fine example of how to get an anthology film right. Not all of its 18 shorts succeed, but enough (most) do, to tip the balance in the film's favor - plus, this Paris is incredibly well-sequenced and sewn together; you can barely see the seams. "Quartier Latin," co-directed by Frederic Auburtin and Gerard Depardieu, is a true marvel of storytelling, due I believe less to its directors and more to its stars, Ben Gazarra and Gena Rowlands, who play an old married couple finally divorcing after many years spent apart. There's mastery in the 10 minutes (or so) together, perfect nuances of acting. "Latin" is followed by "14th Arrondissement," wherein Alexander Payne proves that he's still a brilliant filmmaker, telling a little happy/sad story of the human condition that nicks you like a cut while shaving. It's absolutely beautiful. Tom Tykwer's "Faubourg Saint-Denis" (starring Natalie Portman) will thrill his fans (especially of Run Lola Run, for me one of the landmarks of cinema in the last decade) and possibly annoy everyone else. I could go on and on - Gus van Sant succeeds, Wes Craven struggles a bit outside of his comfort zone, the Coen brothers have a bit of nasty fun at Steve Buscemi's expense, and lots of French directors I didn't previously know turn in fine work. This is a film to cherish - and it really will make you fall in love with Paris. Paris, Je T'aime, je t'aime.

La Vie en Rose isn't as good a film, overall, but you need to see it much more for one simple solitary reason: Marion Cotillard delivers the on-screen performance of the year (so far) as the great Edith Piaf. Many years, she'd be a lock to win the Oscar, but considering a) this is a French film, and b) it's been released in June, she could have a struggle just to get nominated. Cotillard's in one of the best performances I've seen this decade, a truly bravura turn in what could have easily been a watery, standard-issue biopic. Olivier Dahan wrote and directed Rose, and it's choppy and sloppy at points, with an entirely chaotic structure and some sizable gaps in its telling of Piaf's story, but that ultimately doesn't matter. What Cotillard gives will last for ages - Lord, do I sound like Peter Travers? - and is deserving of an Oscar. She's that good, and she makes La Vie en Rose all the better with her stunning performance.