The return of Celine 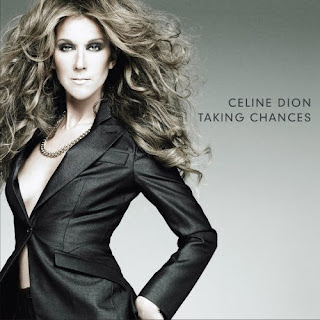 Saw this on Amazon today, and it spurred the following thoughts.
1. How much are Columbia/Sony execs (not named Rick Rubin division) wetting themselves with joy right now? "Our 4th quarter is SAVED!" 'Cause no matter how long she's been out of the recording game, you'd best believe that this will be one of the holiday season's biggest albums - take that to the bank.
2. Was honestly hoping Dion might take a chance or two (no pun intended, I swear), but the title track, which you can hear/watch here, is utterly dull and uninspiring, Dion at her laziest. There's no question that she's got an amazing voice, one which she can choose to use for good rather than evil. Examples, you ask?
Uptempo: '94's superb "Misled," produced (here's the key) by Ric Wake, who you most likely know for helming much of Taylor Dayne's catalog. This is also the one with the jaw-dropping couplet "But when I've been dissed/I don't spend much time on what might have been." It's the only Celine single I've ever purchased.
Midtempo: "That's the Way Love Is," the most common-sensical song she's ever recorded, with a friendly, shuffling tempo and a fresh-faced vocal.
Ballad: "A New Day Has Come" (simply/pretty, nothing earth-shaking or particularly deep, but solidly fine).
3. Okay, let's talk about that album cover. Like WHOA. The jacket: love the styling. The jacket over a bare torso: OHMYGOD. (It's probably photoshopped, but STILL! It's Celine selling some sex!) The lips, glossed and pursed just so, as if she might break out in riotous laughter but might instead rip you a new one. Only she knows. The simple, single rope chain adorning her creamy neck. The dark, dark eyes. And most of all, that insanely blown-out, gargantuan HAIR! I don't really need to hear this album, but on its cover, Ms. Dion is clearly some sort of goddess.
4. Yes, I am fully aware that this may actually be the single gayest post in the 5+ years of this blog.

Comments:
Good call on "A New Day Has Come," tho' I think it's a little better still than you give it credit for--it's the one Celine song I don't feel I need to work through to convince myself it's "listenable"--it's genuinely pretty gorgeous.

NONONONONO! She's already ruined "I Drove All Night," so now she's got to ruin "Alone" too?! I hate you Celine Dion, with every cell of my being.