Morrissey's Ringleader of the Tormentors makes such a nice matched set with Prince's 3121: each artist released an album 2 years ago widely hailed as a comeback, both (You Are the Quarry and Musicology, respectively) now generally seen as good-not-great, oops-maybe-we-got-a-little-too-excited-there pieces of work. And even more importantly, both Moz and Prince's new albums are much, much better than their predecessors. (My review of 3121 is here.)

Morrissey never really "lost it." Prince did some wandering in the wilderness, to be sure (cf. The Rainbow Children, by and large, though I'll defend some of N.E.W.S.'s jazz-fusion-y stuff), but Moz just took a long vacation after 1997's Maladjusted, which is a finer record than you think you remember it is. ("Roy's Keen" is a marvelous entry in the Mozzer canon, and "Alma Matters" is, too. Those are just 2 good songs; there are others here as well.) Ringleader is the best in his catalog since probably, yes, '94's Vauxhall & I, thanks in chiefly to two things.

1. Ringleader represents the best pure singing Morrissey's done in his career. No one's going to confuse him with Mariah or Whitney, but his vocals here are utterly grand; he's testing his register, hitting some high notes he's not done in some time, and generally sounding awfully well put-together as a vocalist.

2. Tony Visconti's production is perfection. He gives Moz the bombast he wants but the delicateness and the space to breathe that he needs. Ringleader sounds immaculate. (Its songs are arranged superbly, too.)

Ringleader of the Tormentors actually gets richer upon further listening, and could make it through the next 8 months to yet finish 2006 in my top 10. Yeah, it's awfully good. 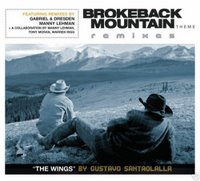 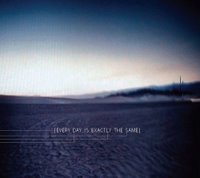 Today marks my first-ever contribution to The Rubber Room, Stylus' non-album review column. As seen above, I take on the new NIN EP and the remixes of the Brokeback Mountain theme (be afraid). 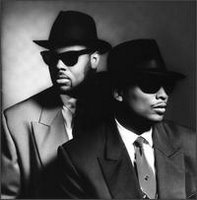 Why don't'cha visit us over at Stylus this week, where we're celebrating the work and legacy of Jimmy "Jam" and Terry Lewis? There's good writing and free soft drinks.