Lest you wonder where I've been for the past week-plus, I'll just say that car accidents fucking suck, especially when your car gets totalled. [I'm uninjured, however, so don't worry.] In happier news, Paul Cox is at long last back b-back-b-back back on the blog, as is (after a much shorter hiatus) Nate Patrin.

Oh, and Sunday night, I was enjoying the only U.S. date in 2005 from a certain Brixton crew. From an email I sent to some pals Monday morning:

Fuck ME, Jaxx are jaw-droppingly amazing in concert. [And stupid me: why didn't I ask on ILM ... if anyone was going? Only US date and all, in L.A., there had to be some other rockcrit types there, no?] Anyone who doesn't believe "Where's Your Head At" (which had Felix calling us all "motherfuckers!" In a good way, I mean) is an anarchistic punk(-funk) masterwork has never seen them live (and did I mention that the Traktor crew, about 8 strong, swarmed the stage in monkey suits mid-song?), and the finalé of "Bingo Bango" a) proved that they were clued in to baile funk a good half-decade before anyone else, b) featured a 30-piece Brazilian drum corps and about 10-12 carnivale dancers (you know, with huge headdresses and bejeweled outfits), and c) turned the Hollywood Bowl into Rio for 15 minutes. No guest stars showed up, and frankly, none were needed (though JC Chasez and "Plug It In" would've been a nice touch). And to our profound surprise, Royksopp were great, too. Just the 2 Norwegians behind decks, drum pads, keyboards, PCs, and mics, but they were pretty awesome. "Eple" was of course a highlight, as was the new "Circuit Breaker." [Their new album is required listening, too.] As an added bonus, the Tower Records tent (a Bowl fixture) was selling the IMPORT of the Jaxx Singles DVD for $17. Of course we bought it, and of course we had to watch a little when we got home - ALL of the videos, plus 8 live performances, plus a bunch of special features. I believe the phrase is "super-sweet."

[Even though I'm exhausted from the meager sleep I got last night,] it was so totally worth it, no question. This was one of my top 5 concerts ever, up there with NIN/Bowie, ATR/Wu/RATM, and Badu/P-Funk at Smokin' Grooves. It was that good... .

This week I re-read Matos's brilliant book on Prince's Sign 'O' the Times, so I've been fairly Prince-obsessed, in both listening and thoughts. With that in mind, today I emailed Alfred, another major Prince fan (whose own recent re-perusal of the aforementioned book prompted me to do the same), with the following query (things rolled on from here, as you'll see):


I want explanations! I want defenses!


Favorite underrated tracks from the Symbol Album: "The Morning Papers," "I Wanna Melt With U," "Blue Light," "The Continental."

I love "Do Me, Baby": Matos is right about it being possibly Prince's greatest performance. He gets a terrific warmth from that Yamaha electric piano (at least that's what it sounds like). His vocal is lubricious, yearning, and exposed, sort of a dry run for "The Beautiful Ones."

Chaka's "I Feel For You" is a stunning production, about which you were eloquent and true on Rock Me Tonight. I won't besmirch your ode by attempting my own.

"Manic Monday" is a yummy confection, if overexposed (especially since the Bangles themselves wrote some wonderful album tracks on Different Light which are just as good if not better). "Sugar Walls" isn't my favorite Prince donation, but it's Ms. Easton's best showcase till "U Got The Look."

Cyndi Lauper's "When You Were Mine" just kills me. Placed just before "Time After Time" on the first flawless side of She's So Unusual, it's the hurt at the end of the party, when the guests have all gone home and you've watched your lover flirt with another man all night. The synthesizers sound incredible, and when the guitar kicks in at the end it's like she just slammed her hand against a wall.

The NPG could sound awfully schlocky, no? Listenign to The Symbol Album, I was struck by the cheesy keyboard programs and rote drum parts (then again, drums were by then so rare on a Prince album that just hearing them again felt novel). With apologies to Ms Rosie Gaines and Levi Seacer, Jr, the band sound like sideman happy to be asked along. Wendy and Lisa (and, to a lesser degree, Dr Fink) pushed and prodded him; a lot of the tracks off Parade are arguably first drafts of W&L solo work, which I'm surprised no one's remarked on.

Maybe if Sheila E drummed for The Time, the clamor from her no-nonsense sex cymbals would have shut Morris Day the fuck up. Too often his amusement at his own whimsy ("The Oak Tree," my ass) just made you feel sorry for the guy; what chick would give it up to a preening frontman who wears too much makeup and squawks every other word?

"Gett Off" doesn't get me off. It's remembered as a bigger hit than it actually was; besides, Natural Selection's "Do Anything," which very close to hitting number one, is a far better homage to Prince-like signifiers (falsetto, drum programs, Sheena Easton-esque backup singer). And, hell, "Cream" tears a new one into "Gett Off" anyway (nothing on radio sounded like "Cream" in the fall of '91).

"Sexy MF" is ok, a likable attempt to write another eye-opener like "Gett Off." Let's face it, "7" and especially "The Morning Papers" are more representative of the underrated pleasures of the Symbol Album.

"Do Me, Baby": what you and Matos said. Just stunning.

1999 has better weirder stuff, I think. As we've discussed, to me the second disc has forever been classically underrated: "Lady Cab Driver," "All the Critics," "International Lover," "Something In the Water" (possibly my favorite non-single of his, ever). Genius! Purple Rain is of course more consistent, but the highs for me are higher on 1999.

Yeah, "I Feel For You," of course, though Sinéad's "Nothing" trumps Prince's like crazy. (Chaka's trumps his, too, but differently.)

"Sugar Walls" is so delightfully, appetite-satingly dirty - but in a still-safe-for-FM-radio-play sense, and was such a fine squealing-tires left turn from the Scottish lassie. And she sells it! Whereas "Manic Monday," like you implied, isn't even the best track on Different Light (that'd be "Following," in my view).

If I have to choose between Sheila E. and the Time, I'll choose the Time, based solely on the records they made. Those first 2 albums in particular are atomic bombs which made them look like Prince's biggest threat; the overpraised Ice Cream Castles, not so much, but they'd already established the beachhead by then. "Cool"! "The Walk"! "777-9311"! Amazing. With Jesse Johnson's hot licks and Jimmy and Terry (pre-Jam and Lewis, as it were), they couldn't miss. Sheila I loveloveLOVE, but her records are a bit more hit-and-miss, and you're so right about the 12" of "The Glamorous Life," which is potentially life-changing. I love "A Love Bizarre," too, especially for Prince's weirdo cooing/scatting all over the background (I practically expect him to bust out the MJ "sha-mo"s!), and I love your take on "St. Mark" more than the song itself. Of course she's par excellence as a percussionist/drummer, too, but recorded output-wise, the Time win. (Plus, have we discussed the brilliance of their Pandemonium! comeback? One of the greatest comeback albums ever.)

"Sexy MF," if only because it's the greatest JB track ever, including those recorded by JB.

The Revolution smoked much moreso than the NPG who, yeah, at points largely sound like session players. Parade is an album of astonishment and wonder, my second-favorite (after SOTT, duh), and that's due in no small part to their (esp. Wendy & Lisa's) contributions.

My "When U Were Mine" vote goes to Crooked Fingers, because their version is even more heartbreaking to my ears. Accompanied by just banjo and cello, it's hard to listen to, so naked and alone.

You click on my Google ads, I make money. Pretty cool, huh?

God bless the people of London. [Much more here.]

Sebastian Coe still has one hell of a closing kick, doesn't he? Like most, I figured it'd be Paris 2012. Like most, I was wrong.

This is a perfect exemplification of why I attend a United Church of Christ congregation. Having one's religious home not merely tolerate, but celebrate who I am is so liberating, and a real reason to rejoice. Hallelujah! 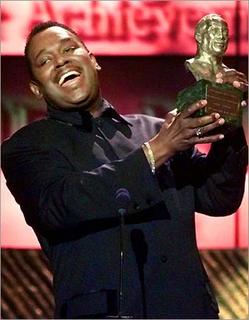 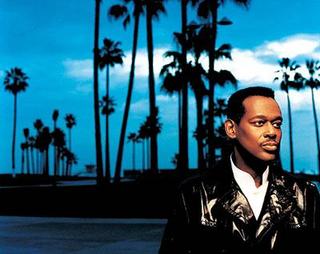 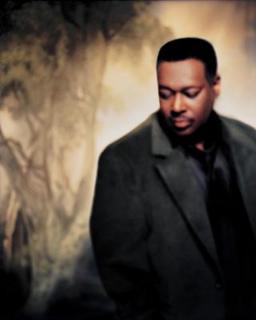