Christgau played an excerpt from We Got It 4 Cheap Vol. 2 on muthafuckin' NPR. I love this man. Also: his site has been slightly remodelled, FYI.

From an email I just sent to Soto that pretty much sums it up:

-Thought Ellen was very good, and am surprised by the shellacking she seems to be taking in the press.
-‘Pan’s’ is overpraised; was okay with it not winning Foreign. Planning to see ‘Lives of Others’ next weekend.
-Thrilled for ‘Departed,’ as it’s my #1 film of last year.
-A bit surprised by what seems to me a severe ‘Dreamgirls’ backlash. (“Don’t tell US what the front-runner is!”) V. happy that J-Hud escaped it.
-After hearing it, how COULD they give that awful, pedantic Etheridge song an Oscar? (Answer: liberal H’wood, save the planet, blah blah blah – plus the bulk of the Academy doesn’t “get” showtunes, and having 3 nominees hurt ‘em.)
-Arkin probably the least deserving winner – unquestionably, Murphy, Wahlberg, and (especially?) Haley did superior work.

Also: I’d forgotten (if I ever knew) that it’s Dijon Mustard in his undies, lookin' like a banjee boi in Janet’s “Love Will Never Do” video. Really!

It's a sophisti-pop explosion today at Stylus, what with my good man Soto's fine Pop Playground on Bryan Ferry and his ilk, our joint Bluffer's Guide on the glorious sub-genre, and an all-day sucker's worth of tunes reviewed on the Jukebox. Above is Curiosity Killed the Cat's "Down to Earth," one of sophisti-pop's ne plus ultras.

Sick, sick, sick. Welcome back, Kels, we've missed ya. (Clip is audio only.)

Astonishing. (If you didn't know, it was the FAMU 100 playing with Prince at the Super Bowl.)

New favorite internet broadcaster, this week: WOXY Vintage. The regular WOXY isn't my cup of tea, really, heavy on the indie-rock crapola (though back when they were still over-the-air at 97X outta Oxford, OH, they were such a breath of fresh air in the midwest - buddy of mine used to be their MD, too [Hello, Mr. Couché!]), but their recently relaunched Vintage channel is some seriously good shit, all '80s and some early '90s, primo as it gets. Just heard a killer pair of segues, from The Mission UK's "Wasteland" (!) into the Smashing Pumpkins' "Drown" (nice) to Mike Watt's "Against the '70s" (!!! - Eddie Vedder helping on vocals, too!). I'm in my mid-30s, and I don't care. Lick it up, baby, lick. It. Up.

I never even knew there was a video for this, considering it was never a single. It is, however, quite possibly my favorite Cameo ballad. Happy weekend.

Probably the sexiest damn grown-folks-R&B song I've heard since Floetry's "Say Yes." (I know, Floetry? But don't sleep - that song was a slow jam-and-a-half.) Funny how the only Broadway babies breaking through chartwise these days, nationally, are going the adult R&B route (see also: Heather Headley).

The original - newly #1 on Billboard's R&B Singles chart - is alright (love Lil' Wayne, but the verse ain't his best, though I still love hearing him rap), but the remix is where the real heat is. Sampling Spandau Ballet's "True" (instead of just interpolating it) and featuring ridonculous verses from Nas and Andre 3000 (rapping, yes!), this shit is so sick like Ne-Yo. Listen in.

(Also of note on the new R&B chart: J-Hud's take on "And I Am Telling You" goes top 20 this week strictly as an album track. That's called "hot.") 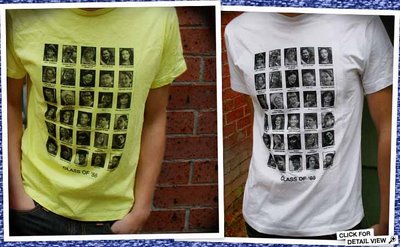 I so NEED one of these, OMG OMG I'm a teenager again. Who wants to get one for me? Valentine's is coming up, show me your love and I'll show you my... [Link courtesy of Jockohomo.]

There are FOUR COUNT 'EM FOUR teams from mid-major conferences (Horizon League, C-USA, WAC and MWC) in the top 13 of the new ESPN/USA Today men's basketball coaches poll. Welcome to the post-George Mason world, folks. (I still say that if Butler - up to its highest rank EVER (#9), BTW - can get through the remainder of their schedule with one or two more losses tops, they're a top-4 - meaning protected - seed, with Nevada not far behind.) I LOVE THIS GAME!

An ad which didn't run during the Super Bowl, but should've. I'd like to work for this company, I think.

The best ad you probably missed, which I thought was a jaw-dropper:

Why couldn't CBS have run more of this, and less of Katie Couric's shiny happy people?

The BF & I also loved the CareerBuilder.com "Performance Evaluation" spot.

Then, of course, there was the halftime show, by far the best in YEARS. U2's post-9/11 show five years ago packed a hell of an emotional punch, but Prince's performance was, musically speaking, just stunning. To throw in "Baby I'm A Star" - like whoa. To do it with a friggin' marching band - sick! "All Along the Watchtower"? "The Best of You"? (How much was Dave Grohl loving that?!) It really throws by-the-book performances by McCartney and the Stones ("How 'bout we do 'Start Me Up' again?") into relief and makes them look as pathetic as they were. Prince is THE MAN. In 4 parts, the whole thing:

And I haven't even mentioned: my Colts are SUPER BOWL CHAMPIONS! I love the Colts, and I love Peyton Manning.

I can't believe I watched the whole thing!
(Oh, and I should add how much I love YouTube.)

I am a foodie, and I am unashamed.

Personally, I’d be partial to a Scooby-Doo ending where Hubert Keller gets his mask pulled off, revealing himself to be Old Man Bourdain, and says, “And I would have gotten away with it if it hadn’t been for you f*cking kids!”

That's beautiful. Also, if you care about Top Chef, make sure to listen to CHOW's podcast with Top Chef 2 runner-up Marcel Vigneron. It's a great interview.