I was already eager to hear Thom Yorke's The Eraser, his don't-call-it-solo album. But hearing that "he cites Björk's 1997 electro-torch suite Homogenic as a primary reference point" makes me really excited. (Favorite Yorke moment to date: his Bryan Ferry-channelling-yet-still-his-own vocals on the Velvet Goldmine soundtrack.)

After becoming so (unfortunately) accustomed to the single edit, hearing the full album version, all 8-plus minutes, is a marvel all over again. The string section coda alone is simply gorgeous, and the album version allows Prince to stretch it out - no way can you listen to this and tell me he's not one of our greatest guitarists. This is unquestionably one of his finest moments. 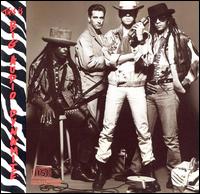 How much longer do I have to wait for remastered/deluxe editions of Big Audio Dynamite's This Is Big Audio Dynamite and No. 10, Upping St., for pete's sake? They could even package 'em together as a 2-disc set and still have room for b-sides and 12" mixes. These are absolute landmarks of the cut-and-paste musical aesthetic; no way you can tell me Coldcut weren't paying attention.

More like Mediocre. Paul, I love ya, but Furtado's third album is a largely dull mess, a pastiche of other folks' pop and R&B stylings (done by those others better). "Promiscuous" is still the single to beat in '06, but there's like one other good track on here. I supposed I shouldn't be so surprised in Furtado - though I'll still defend much of Folklore - but I really expected more from Timbaland. C- if it's lucky.

FYI, Alfred's blogging home, A Grand Illusion, has returned to its original site. That having been said, I recommend it with the caveat that it appears that AGI's slowly being overrun by bathetic little undergrads majoring in gender studies (uh, okay), so read at your own risk. Honestly, I read AGI only for Alf's pop and popcult comments. You really need your own blog, dear.

Meshell Ndegéocello - "If That's Your Boyfriend (He Wasn't Last Night)"

This vid hit me in the solar plexus when I first saw it - would-you-believe on "MTV Jams"?! I later used this in a paper I wrote (I was in college at the time) on images of women in music videos, centering on the works of Madonna and Jean-Baptiste Mondino (who directed this clip, along with Neneh Cherry's "Buddy X" and M's "Justify My Love," among others).

By the way, Meshell fans, there's a treasure trove at YouTube - Ndegéocello herself's posting clips, both her own and others' (she's apparently a big Nikka Costa fan, no surprise).

Fun game: count the songs created around lines from this song (originally)! Also: for those unaware, none of the women in this video are, themselves, Loleatta Holloway. This is much, much better than Hi-Tack's "Say Say Say" remodelling. This is, in fact, smashing. Thanks to Popjustice for alerting me to its brilliance.

Sure, there may be nastier singles from female rappers, but I believe Trina when she says things like "If I could be a virgin again, I'd be fuckin' by the time I was ten." Which is of course part of what makes her brilliant.

Anyone know whose voice is on this track, providing its title? It's always struck me as Toni Morrison, but I may well be incorrect...

Luciano Pavarotti's soaring, stunning vocal contribution to this U2+Eno track is about enough to make me develop a profound interest in opera.

Speaking of, I attended my first opera last week, a world premiere Los Angeles Opera production of Grendel, a collaboration between Tony-winning set designer Julie Taymor (The Lion King) and Oscar-winning composer Eliot Goldenthal (Frida). He wrote the music, she co-wrote the book and of course designed the sets, and it's... well, it's something else. Definitely avant-garde, this opera recasts the story of Beowulf from the monster's POV (and is based on the 1971 novel which does the same). The lead, whose name I can't recall and am too lazy to look up at the moment, is astounding - he has to sing LONG stretches of the show on his own. Denyce Graves has what amounts to an extended cameo as the dragon, and is not only in superb voice but plenty of fun. The music is great in fits and spurts, just okay in others. The set design is big, but not as awesome as I would've liked. But yet - it's coming to NYC for 4 performances in July - if you can, you should make an effort to see it; it's likely like nothing you've ever seen, inside or out of opera. (Didn't hurt that our seats were astounding, middle orchestra, smack dab center stage, in the glorious Dorothy Chandler Pavillion at LA's Music Center. Damn, I love this town.)

Greatest female rap record ever.
(Feel free to nominate other candidates in the Comments.)

And it took it this long for the world to be blessed with this sure-shot truth-in-advertising why, exactly? Notes:

1. Pharrell: please sing more and rap less.
2. Kanye: more drop-in verses on other people's records, please.
3. Pharrell: glad to know you've held back some good stuff for your own album, since "Can I Have It Like That" didn't exactly make me feel confident of that.

Sure, it's the Austin Powers sample the track's based on that sucks you in, but it's Luda's ridiculously nimble flow and wordplay that has you waking up the next morning wearing only a bearskin rug and a somewhat surprised expression. Really, if you can't hear what an excellent rapper Luda is from this song, you are not paying attention.

How've I gone this long without realizing just how much George Jones' "White Lightning" sounds like a Chuck Berry song? I mean, right down to his vocal!

From this week's Billboard Adult Contemporary chart - it's an Idol word, we just live here:

"All you have to do is dream."
6 months away, and I'm already excited.

And then there's this oh-my-God performance from the 1982 Tonys. The broadcast quality is a little dodgy, but it doesn't adversely affect how amazing the performances are one bit.

Yep, I'm gay. More to the point, I'm clearly a gay man moving through my 30s: I've developed an appreciation for musical theater.

I don't mean to sound like a shill, but in my continuing journey through the land of streaming audio channels online (it's all for the corporate life), I've discovered the greatest funk channel EVER. It's here, part of a site called 1club.fm. Annoyingly blinky ads, but no audio ads to interrupt the music - and the blinky ones can be minimized. I mean, just look at this playlist from the past 3 1/2 hours:

No, not everything's golden. But the obvious stuff, by and large, is the really good obvious stuff - cf. JB, P-Funk, Bootsy, Rick James - and there's plenty of buried treasures (I've never heard of Players Association before, but their tracks are hot) and deep cuts (of all the Prince tracks to play, they pick "P Control" and "Shockadelica"?! Joy!). I am very, very impressed. (And by the way, in another genre entirely, their Classic Country channel's fairly ace as well.) Did I mention no-glitch streaming, and no audio ads? My workday is officially much better. 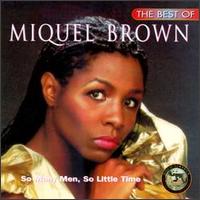 Let's take a moment to think on the brilliance of Miquel Brown's 1983 hi-NRG classic "So Many Men, So Little Time."

Was WBMX the greatest radio station ever? Quite possibly - and thanks to the 'net, you can judge for yourself. Hotttt. Not only are there streaming channels of all their various variants (from old-school hip-hop to '90s dance crossovers to freestyle), but there's a live365 station of their bread-and-butter, real black music (right here's the spot). This ain't no "jammin' oldies" "Ladies Night" over'n'over rhythm and bullshit, oh no - this is deep cuts like Chaka's "Move Me No Mountain" and Raydio's "It's Your Night," alone with classics along the lines of Teena Marie's "Square Biz." To hell with crossover, this is REAL BLACK MUSIC. And if that's not exactly your thing - say you want to relive the days of WBMX's classic Hot Mix 5 - here's loads and loads of fierce Saturday Night Live Ain't No Jive Chicago Dance Party mixes - I caught Stephanie Mills' "The Medicine Song" in one of Ralphi Rosario's mixes (9/01/84, #18 under "G-Man Presents" on the Deep House Page front page). (Xposted on Back and Forth.)

"Ain't no shorty in the world pussy better than mine."
I heart Rah Digga. I heart the "Touch It" remix (act like you know!). And I heart YouTube.

"I want you on my team." "So does everybody else."
How brilliant is this single? OMG OMG I feel like I'm 13 again hearing a new Duran Duran single. Only this is better. 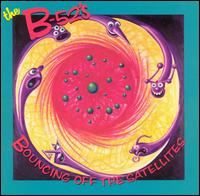 Grey, drizzly day in downtown Los Angeles, working at a financial firm (yes, folks, I've gone corporate), nothing brightens the day like the unexpected appearance of the B-52's "Theme for a Nude Beach" on my Launchcast (yes, I'm a big enough dork to still have one, let alone still augment and listen to it). I've got to disagree with STE - Bouncing Off the Satellites has always been my favorite B's album, full of a sad kind of happiness, smiling to keep from crying (over the death of Ricky Wilson, in their case). Songs like "Nude Beach" and "The Girl from Ipanema Goes to Greenland" are much more inspired than they have any right to be.