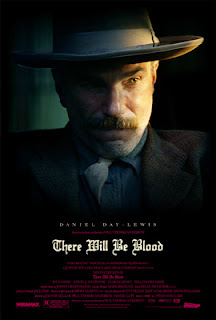 You know, you really can't call a year when films by the Coen brothers and P.T. Anderson each receive 8 nominations to be a poor one, nomination-wise. In many ways, especially near the top of the ticket, this is the least surprising batch of nods in some time, but it's also one of the best. I firmly, wholeheartedly believe that No Country for Old Men, There Will Be Blood, and Michael Clayton are going to be fondly (or better) remembered 20 years down the road (though, sadly, it may be Clayton's destiny to be looked back upon as a superb genre film; it deserves better than its genre ghetto). (This is where I mention that I've not yet seen Juno nor Atonement.)

Actor: No complains, none. Haven't seen Elah but will never begrudge Tommy Lee Jones, who by most accounts does career work in it. The other four nominees (Clooney, Day-Lewis, Depp, and OMG first-timer Viggo Mortensen!) are all incredibly deserving; I would've put them in, had I been voting. Omissions? Maybe Sam Riley's incredible portrayal of Ian Curtis in Control, but he never had a chance, poor kid. The Diving Bell and the Butterfly's Mathieu Almaric would've been a nice add as well, but who should've been left off? A very good year for lead (male) actors.

Actress: Screw the haters, Blanchett deserves her nod for the trainwreck that was Elizabeth: The Golden Age. The film was a mess, but Blanchett was her usual, can't-nobody-fuck-with-her brilliant self in her performance. (Also great? Samantha Morton, who deserved a supporting nod for her work in Control.) Direct line: Hepburn-Streep-Blanchett. She's that good. That said, Marion Cotilliard, in my estimation, deserves the award for her balls-out perf as Edith Piaf in La Vie en Rose - another instance of superb acting in a less-than-great film. (I think I gave it a B-. That sounds about right.) Haven't seen Christie, Linney, or Page's films, but I don't have trouble with their nods, especially Linney, who I tend to love every time out. That said, Wei Tang deserved a nomination for her astounding film debut in Ang Lee's very underrated Lust, Caution.

Supporting Actor: Sad that Travolta's Hairspray performance was overlooked (what impressed me most is the way he totally committed to the role - there was no winking at the audience, which he probably could've gotten away with), along with Paul Dano's work in There Will Be Blood (coming on the heels of his great, wordless work in Little Miss Sunshine, I wonder if he might be one of our next great actors). But Bardem (the closest thing to a lock there is this year) and Wilkinson (who would be the lock were it not for Bardem's performance-for-the-ages, possibly the most iconic screen villian since Anthony Hopkins in Silence of the Lambs) obviously should be here, and from what I've heard, so should Phillip Seymour Hoffman (love him). Casey Affleck I've no thoughts on (haven't seen his work), and without judging his performance or deservedness, Hal Holbrook clearly got the obligatory old guy nod here (there's always one: Alan Arkin, anyone?). I know that Universal was pushing Russell Crowe's American Gangster role here, which is silly; he should've been in lead (and deserved a nod there, too - great, great work). Robert Downey, Jr. should be here for Zodiac, and perhaps Mark Ruffalo, too.

Supporting Actress: I LOVE YOU CATE BLANCHETT. (And I'm v. pleased that Tilda Swinton's finally received her first nod, but really, this should be Blanchett-as-Dylan in a walk. If Amy Ryan's histrionics win, I will be pissed. Ruby Dee wasn't on screen nearly long enough for a nod, and I have no thoughts either way on the little girl from Atonement. As I said above, Morton should be here for Control, as should Zodiac's Chloe Sevigny.)

Director: Ang Lee's Lust, Caution is a great film, and a large portion of that credit should go to him. Though I haven't yet seen Juno, I'm still willing to dump Jason Reitman in favor of Lee. The question is who to dump in favor of Zodiac's David Fincher, who surpassed even his work on Fight Club here - what a singular, visionary (at times) director. I guess, with sadness and reservations, I'd leave out Clayton's Tony Gilroy, even though I love what he did with his directorial debut. (It's not right to do it this way, but I'd make the original screenplay award his consolation prize, which he deserves anyway.) Coens/P.T. Anderson/Diving Bell's Julian Schnabel? Master craftsmen doing career work.

Best Picture: Zodiac has in some ways stayed with me longer than any film of 2007. Lust, Caution deserves to be here, too. So dump Atonement and Juno and along with Blood, Clayton, and No Country, there's a helluva final five.

I'm not sure how brilliant I think Blood is, but it's certainly one for the ages, a film that will be studied and discussed 25 years down the road. More than he ever has - which is saying quite a bit - Anderson puts himself on the line for this one, with glorious results. This is audacious filmmaking like we don't see nearly enough of these days, especially in the studio system. Daniel Day-Lewis should (and likely will) win his second Oscar for his lead performance, but every single actor here does great work. The cinematography and editing are par excellence, and Jonny Greenwood's score (sadly and stupidly deemed ineligible by the Academy at the 11th hour for using too much "outside" music) is astonishing, on par with Bernard Hermann's incredibly effective work for Hitchcock or Nino Rota's iconic Godfather scores. It's utterly jaw-dropping and deserves every award that can be thrown at it. Blood isn't my favorite film of 2007 - that's still either No Country or the oh-so-underrated Sweeney Todd - but it might-just-might be the best, and it's certainly the ballsiest. (It gets an A from me.)