First things first: Stylus' top 50 singles (I blurbed Ciara's "Promise") and albums (Alan Jackson's Like Red on a Rose) of 2006. Added bonus today: our top reissues/comps of the year. (I did Missy's Respect M.E. and Stephanie Mills' Gold - at last, I got the divine Ms. Mills into Stylus! Mwah-hah-hah!)

You should know where my best of '06 lists are, if you're a regular around these parts. And here are 2 more of my favorite comps of the year. 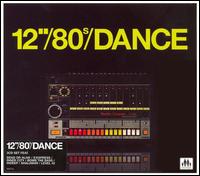 12”/80s/Dance
The third volume in Family UK’s ongoing series (in which they remaster and compile on CD some of the decade’s finest-slash-most iconic 12” mixes) is as solid as its predecessors, if not moreso. This set’s divided into Pop, Club, and Soul & Funk discs, with the last succeeding the most, thanks to extended versions of Cameo’s “Single Life,” the Temptations’ marvelous toss-off “Treat Her Like A Lady,” Ready for the World’s “Oh Sheila” (what makes it better? More makes it better), and Quincy Jones’ “Ai No Corrida” (his 1980 album The Dude is more influential than you have any idea). All 3 discs are littered with joy, however, from “You Spin Me Around” and “I Can’t Go For That” to “I Wonder If I Take You Home” and “Love Can’t Turn Around.” Aces all around, then. 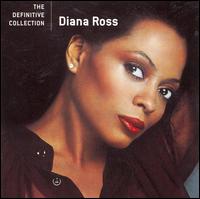 Diana Ross - The Definitive Collection
Yay:
1. The kinda-sorta-genius of 1984’s “Swept Away,” co-written, co-produced (with Arthur Baker!), and featuring backing vocals by Daryl Hall. It’s also the most of-its-moment-sounding production Miss Ross ever sang atop.
2. Apart from a track from Blue (released this year, recorded in ’72 and shelved), there’s nothing here post-’84. Which, considering Ross’s output in the past 22 years, is a pretty good thing.
3. Finally, a Diana solo compilation. If you want Supremes tracks, get their Gold. (And you should.)
4. Crystalline remastering.
5. No padding – it’s only one disc.